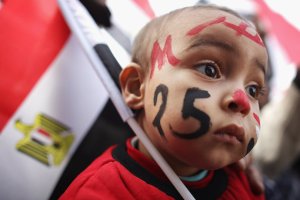 Come November 6, I will no longer be Abu Talaat Banat – the father of three girls. Though it is not so prevalent in Egypt, in good Arab fashion I will soon be Abu ….. – the father of the name of our first-born son.

So what name will we choose? The rule is that it must work in both Arabic and English, and we prefer as well there be a connection to Egypt. Of course, it has to sound nice and have a pleasant meaning as well. Here are the choices that have made the cut, in alphabetical order:

Allow us to share some of our rationale below. Please feel free to share your opinion or prediction at the end. Who knows, maybe it will sway us.

Arabic: Iskander – we really like the sound of this, and can imagine calling him ‘Iskander’ even around the house.

Bible: There are a couple Alexanders of ill repute in the Bible, but Alexander was also the son of Simon of Cyrene, who carried Jesus’ cross. Cyrene, near modern Benghazi in Libya, was associated with Egypt in history. Church history connects this Alexander with St. Mark – the founder of the Coptic Church – as heralding from the same region.

Family/Friends: Alexander is my second brother’s middle name. As with all family connections to follow, we’re not sure if this would be a positive honoring or a negative stealing – in case he wanted to use his name for any future sons of his own. Alexandria is also my mother’s middle name.

Drawbacks: Though the name nobly means ‘defender of men’, the best known Alexander was hardly such. He was a man of war and creator of empire. Of course, much of Western civilization derives from his Hellenization of Europe and the Mediterranean, but bloodshed is not the best legacy to grant a son.

More trivially, though he was my favorite sitcom character growing up, Alex from ‘Family Ties’ is not the best role model either.

Arabic: Armia – It is a bit awkward in Arabic but is known in Egypt through the Coptic population. I think we would most likely call him ‘Jeremiah’ even among Egyptian friends.

Egypt: There is a Coptic bishop named Armia who is a member of the Holy Synod and was a secretary to Pope Shenouda.

But a greater connection comes through the Biblical prophet, who at the end of his life was carried captive to Egypt, where he presumably died, perhaps at the hands of his own people.

Bible: The book of Jeremiah is my favorite Old Testament book. Jeremiah puts forward an example of faithfulness to a task even when failure is promised. His personal pathos is matched only by God’s faithfulness to him in return – through his presence, not through success.

Family/Friends: We have a few friends named Jeremy, but know of no one named Jeremiah. Perhaps this in itself is a plus.

Drawbacks: The Biblical Jeremiah is known as ‘the weeping prophet’. While the above description shows our appreciation for this aspect of his character, it also could be a difficult legacy to bequeath.

Arabic: Matta – Unlike many Arabic equivalents this is simple and easy for non-native speakers to pronounce.

Egypt: Matta al-Miskeen – Matthew the Poor – is a well-known and controversial Coptic monk. Now deceased, he was a prolific writer, fully Orthodox, but appreciated by Protestants. He also dared to criticize Pope Shenouda in his early years over the politicization of the papacy. I’ve always had a soft spot for sincere troublemakers.

Bible: The Gospel of Matthew is perhaps my favorite New Testament book, containing the Sermon on the Mount. Jesus’ choice of Matthew as a disciple, when he was from the hated Roman-collaborating tax collectors, is an inspiring act.

Drawbacks: Our daughter Hannah complained a boy in her kindergarten class named Matthew was naughty.

Arabic: Nasaan / Nasana’eel – These are not particularly well known as names in Arabic, even among Christians, despite their Biblical origin.

Egypt: His martyrdom anniversary is celebrated on the first day of the Coptic New Year.

Bible: Nathan was an Old Testament prophet in the court of David who had the courage to rebuke his king and the wisdom to do so in a manner yielding his repentance.

Nathaniel is the alternate name for Bartholomew (in John’s Gospel), one of the twelve disciples, of whom Jesus said there was no guile.

Family/Friends: A few Nathans were friends from university days.

Drawbacks: Both Biblical characters provide good examples, but the pronouncement of being guileless was preceded by Nathaniel’s prejudice against Jesus’ hometown. Transparency is a virtue, but can lead to lack of tact. Picking straws, here, of course.

Arabic: Osama is Arabic, with no English equivalent. It is related to being exalted, as in the heavens, and is one of the words for ‘lion’. It is used by both Muslims and Christians. Does not Osama bin Jayson have a nice ring to it?

Egypt: Many of Osama bin Laden’s closest advisors were Egyptian, as is his successor in al-Qaeda, Ayman al-Zawahiri.

Bible: No direct connection, but the choice of this name comes from the example of Isaiah, who named his son Maher-Shalal-Hash-Baz, which means ‘quick to the plunder, swift to the spoil,’ and was connected to his prophetic ministry. Poor kid.

Yet the idea is that those who love us will also love our son. Those who love our son will love him in his entirety, including his name. Perhaps those who love him – and his name – will also come to love his notorious namesake and his imitators. At the very least we hope our son in this legacy can redeem a name, and perhaps even dent the association with a war on terror which has done so much harm to this world.

Family/Friends: A wise counselor and Muslim friend in Egypt is named Osama.

Arabic: Toma or Tomas – We get mixed up between the Arabic and the Coptic equivalent, but both are well known in Egypt and easy to pronounce.

Egypt: Bishop Thomas is a well-known bishop in the Coptic Church, beloved by both Orthodox and Protestants.

The Apostle Thomas is also beloved by Egyptians because he is the sole disciple believed to have witnessed the assumption of Mary into heaven.

Bible: Best known as ‘Doubting Thomas’ for failing to believe the report of Jesus’ resurrection, he is less known for his great courage. As opposition to Jesus was mounting, Thomas told the disciples, ‘Let us also go [to Jerusalem] that we might die with him.’

Family/Friends: Thomas is the middle name of my third brother. It is also the favorite choice of our daughters, who picked it themselves.

Drawbacks: The doubting heritage is not best, even though courage in the midst of doubt is admirable. Thomas also means ‘twin’, which is unfortunately (?) not the case with our son to be.

So, these are our choices. The middle name can make a difference, of course, which we have chosen but will not share at this time.

The name may or may not follow the pattern of our daughters, but for reference they are:

With Layla’s name we played a similar game on our blog. For a long while it was the most viewed post we have written, and remains the most commented.

Currently, the most viewed post is about the assault on the US Embassy in Cairo. What do you say we knock that one off its perch, and celebrate something more seemly? In any case, we hope you and your friends will have as much fun with this as we will.

We look forward to sharing the good news to come.

13 thoughts on “To Name Our Son in Egypt”