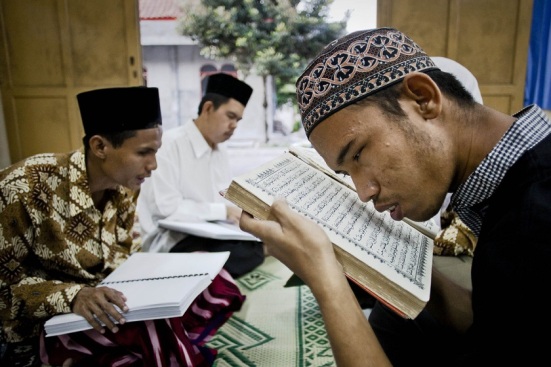 From al-Monitor, a unique account of a Palestinian Christian in Gaza who daily accompanies his blind Muslim friend to the mosque:

“Growing up, Hatem would always perform prayers at the mosque, but after the incident five years ago, he was no longer able to do so because there was no one available to guide him there. I saw how he would shed tears whenever the call to prayer would come from the mosque. That is why I decided to take him to the mosque to pray as he did in the past.

“The first day I helped him get to the mosque, four years ago, he was so happy. So I told him I would be taking him every day to perform all the prayers. He was thrilled to hear my decision. It was as if he had found something he had lost for a long time.”

Hatem has been friends with Abu Elias for over fifteen years, who also helps him go to market and reads him the daily news. Both explain the service in reference to friendship and national solidarity over and above any particular religious devotion.

But allow also their example to be an inspiration to Americans. No matter how different the context, kindness trumps ideology.