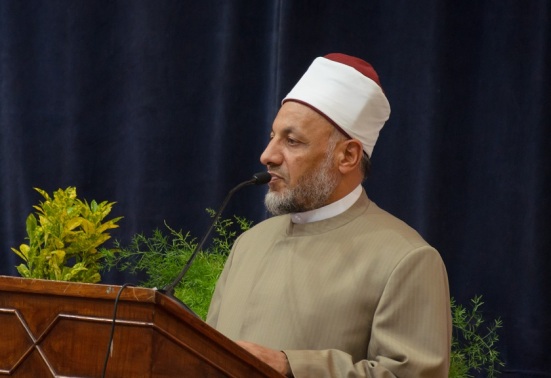 Pope Francis, patriarch of the worldwide Roman Catholic Church, and Sheikh Ahmed al-Tayeb, Grand Imam of Al Azhar, the leading religious institution in the Sunni Muslim world, welcomed delegates at the October 3 opening of the sixth Anglican Global South Conference, esteeming the importance of their gathering.

Pope Francis expressed his “deepest appreciation” for his invitation to this “momentous event”, in remarks read by the Apostolic Nuncio in Egypt, Archbishop Bruno Musaro. Musaro assured delegates of Francis’ prayers as they discuss themes of “high significance” for both the Anglican Communion and the entire Christian community.

“Nothing is lost when we effectively enter into dialogue,” Musaro quoted from Francis’ encouragement to all people of goodwill, “Nothing is impossible if we turn to God in prayer.”

Sheikh Ahmed al-Tayeb’s remarks quoted from the Quran in his welcome to the Anglican delegates, noting how God created different peoples in the world so that they would know each other and build society.

Tayeb’s message was delivered by Sheikh Saeed Amer, chairman of the fatwa committee in Al Azhar. He esteemed the importance of the conference, hoping it would contribute to building increasingly positive Egyptian participation in the Global South.

Pope Tawadros II, patriarch of the Coptic Orthdox Church also extended his welcome to the delegates of the Anglican Global South. Through Metropolitan Bishoy he expressed his delight in the Christological agreement signed between the Anglican and Oriental Orthodox Churches in 2014, as well as the 2015 agreement on the procession of the Holy Spirit from the Father.

“[We] back you in your defense of the commandments of the Holy Scriptures,” said Tawadros to the Global South delegates, through Bishoy, while noting serious disagreements that exist between the Coptic Orthodox and the Anglican Church as a whole.

“Yet we carry on our dialogue with the Anglican Communion in order to encourage the Anglican conservatives to continue abiding to the true and genuine Biblical principles.”

Archbishop Mouneer Hanna Anis, bishop of Egypt and chairman of the Global South steering committee, welcomed the ecumenical and interfaith dignitaries, and thanked them for their participation in the conference opening session.