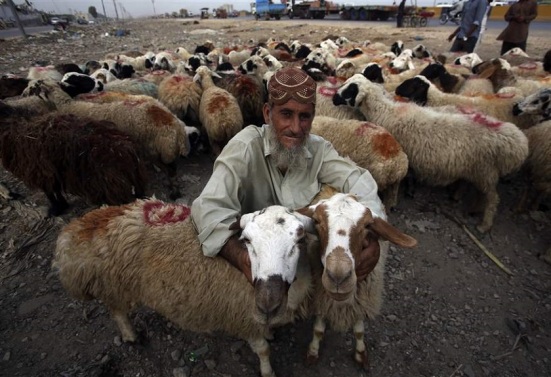 An Afghan refugee vendor waits for customers to sell his sheep at cattle market set up for the upcoming Muslim festival Eid al-Adha in Karachi, Pakistan, Thursday, Aug. 16, 2018. / AP

This excerpt was first published at Christianity Today on August 24.

So what if a Muslim invites you to a celebration? The lamb might be tasty, but should Christians be wary?

Statistics show they already are.

The 2018 American Muslim Poll from the Institute for Social Policy and Understanding (ISPU) found only 36 percent of white evangelicals believe Muslims are committed to the well-being of America.

And according to the Pew Research Center, 50 percent of self-identified white evangelicals believe there is a “great deal” or “fair amount” of support for extremism among Muslims living in America. This is often connected to a fear of Shari’ah law.

Yet according to the 2017l ISPU poll, only 10 percent said Shari’ah should play a legal role in their community.

Are the rest lying? Or are evangelicals predisposed to assume they are?

Taqiyya is an Arabic word that has come to mean “dissimulation,” said Martin Accad, chief academic officer of Arab Baptist Theological Seminary in Lebanon and associate professor of Islamic Studies at Fuller Theological Seminary. It is a contested allowance in Islam to conceal your true faith if under personal duress.

But in much anti-Muslim discourse, taqiyya has been redefined into a religious obligation for Muslims to lie to non-Muslims not simply for survival, Accad said, but to serve the expansionist agenda of their religious community.

Without knowing the term, the concept is creeping into Christian consciousness.

And Accad wants to nip it in the bud…