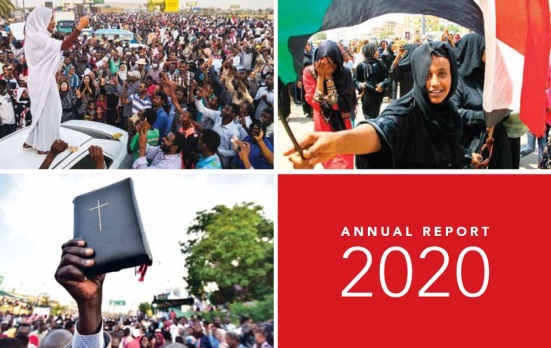 This article was first published at Christianity Today, on April 28, 2020.

A new report aims to “unflinchingly criticize the records of US allies and adversaries alike” on religious freedom.

“Our awareness is going to grow greater, and the problem will appear more pronounced,” USCIRF chair Tony Perkins told CT. “But as we continue to work on it, I think we will see tremendous progress in the next few years if we stay the present course.”

Created as an independent, bipartisan federal commission by the 1998 International Religious Freedom Act, USCIRF casts a wider net than the US State Department, which annually designates Countries of Particular Concern (CPC) for such nations’ violations of religious freedom, or places them on a Special Watch List (SWL) if less severe.

USCIRF’s mandate is to provide oversight and advice to the State Department. Aiming to make its recommendations more easily accessible to policymakers, this year’s report limits country chapters to two pages each and adopts the same evaluative criteria as the State Department.

To qualify, a nation must engage in or tolerate “systematic, ongoing, and egregious” violations of religious freedom. CPC status requires all three descriptors, while SWL status requires two.

In previous reports, USCIRF used a “Tier Two” category requiring only one qualifier. As a result, Laos is no longer listed.

Perkins spoke with CT about how nations move up (e.g., India and Nigeria) or down (e.g. Sudan and Uzbekistan) between lists, why the State Department doesn’t accept all of USCIRF’s recommendations (but should), and whether he has hope for the future with violations at “a historical high in modern times.”

Roughly how many countries are on your studied list?

The ones that are listed are the ones that we look at. There has been discussion if we should add Venezuela. There have been a couple of others we have considered.

Examining “Country X,” how do you evaluate if and where it belongs on your lists?

First, we begin with the statutory definition of a Country of Particular Concern (CPC). Our mandate is to identify countries with systematic, ongoing, and egregious violations of religious freedom—whether it engages in or tolerates such behavior.

One thing to be cautious of is that we don’t rank countries. It is not a comparison. Country X and Country Y may both be CPC-listed, but be miles apart on the egregious nature of their violations. We look at each country separately.

It is based upon reporting that we can validate and verify; visits that we make to these countries; and hearings we hold with expert witnesses to come in and testify. It is a combination of factors, and quite frankly it is subjective.

We try to make it as objective as possible, but it is hard to quantify some things—though we do so to the degree we can.

What happens if you disagree about the designations?